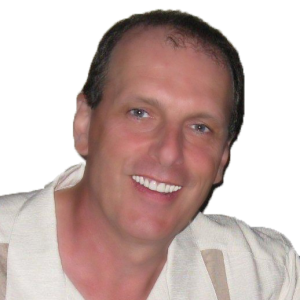 In Session 1 of The Breaking the Chains Seminar, I show highly credentialed professionals plus your average church goer offering definitions of addiction. What is glaringly obvious from these definitions is how they all differ. This poses an intellectual problem: These definitions cannot all be right.

They can all be wrong, but they cannot all be right because they all differ in one or more ways. So, the average Christian does not have a consistent definition of addiction and neither do the experts.

“Everything is itself and not something else.”

Bishop Joseph Butler (1692–1752) once remarked that “Everything is itself and not something else”. Addiction is not anything other than what it is. The question is, therefore, what is addiction really?

“AA is not a ministry of the Lord Jesus Christ.”

Certain ministries have tried in vain to blend biblical Christianity with the 12 Steps of Alcoholics Anonymous. We need to be clear about something. AA is not a ministry of the Lord Jesus Christ. So when well-intended ministries combine biblical principles with secular, even pantheistic principles (AA), the result is syncretism, the blending of antithetical belief systems. Oil and water simply do not mix, and that accounts for why AA has a failure rate as high as 95%.

So, how do you define addiction? Have you thought deeply about this? You should. Addiction in the church is rampant. Current research shows 40 million Americans over the age of 12 are affected by addiction (CASA, 2014) and that 77% of Americans identify as Christian, with 52% Protestant (Gallup, 2014).

Overdose deaths are rising fastest among middle-aged women, and their drug of choice is usually prescription painkillers (CDC, 2014). 64% of self-identified Christian men and 15% of self-identified Christian women view pornography at least once a month, 18% of clergy said they visited explicit websites between “a couple of times a month” and “more than once a week” (Barna, 2014).

I suggest that addiction can be defined using biblical terminology. Watch this 3 minute video clip taken from Session 1 of the The Breaking the Chains Seminar and see if you agree. I welcome comments in the section below.

The Breaking the Chains
Seminar